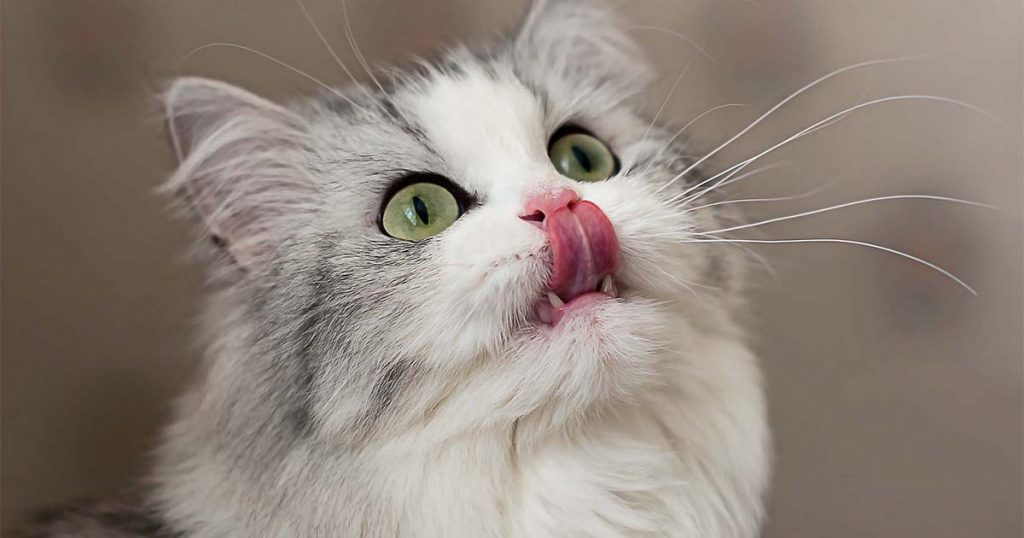 Many cat parents realize that decreased appetite is a sign of potential illness in their kitty. They’re right. But what some cat owners may not know is that increased appetite — a condition known medically as polyphagia — can also signal a health concern, one that could be physical or psychological.

Typically, the stimulus to eat is relatively simple. It’s hunger, which triggers appetite centers in the brain. While two key centers in the brain — the hunger center and the satiety center — are very important in controlling hunger and fullness, other factors also play a role in feeding behaviors of pets.

Environmental factors can substantially impact food intake. Food aroma and taste, learned preferences and aversions, and psychological states such as fear, boredom or depression can all affect a cat’s feeding behavior.

Collectively, the central nervous system, digestive system and endocrine (hormonal) system work together to control cat (as well as dog and human) appetite.

What is polyphagia and what causes it?

Polyphagia is defined by veterinarians (and human physicians) as an increased appetite or higher frequency of eating in which the number of calories consumed exceeds the body’s needs for maintaining metabolism. Here are some of the most common reasons why your feline friend could be constantly hungry.

Both hyperthyroidism and diabetes can cause your cat to have an increased appetite. Cats with hyperthyroidism, or an overactive thyroid that’s producing greater-than-normal amounts of thyroid hormones, rev up your kitty’s metabolism. Nearly all hyperthyroid cats will experience weight loss despite having voracious appetites. They also tend to have other signs that suggest a health problem, including increased thirst and urination.

RELATED POST: What Is Hyperthyroidism in Cats and Should I Worry?

Increased appetite may be noticed in an overweight cat at the beginning of diabetes. A diabetic cat may always be hungry because its body can’t move glucose (a sugar) from the bloodstream into cells. Cats with diabetes also will show other signs of a health issue, including increased thirst and urination. Because the most common signs of hyperthyroidism and diabetes are also similar to chronic kidney disease in cats, it’s important to have your feline friend evaluated by your veterinarian if you notice any of these symptoms.

A greater-than-normal appetite can be caused by an increased metabolic rate which requires more calories to avoid weight loss. Young, growing cats need more calories to meet their nutrient needs than full-grown adult cats. Cats that live outside during cold weather also tend to need and eat more food to maintain their normal body temperature. And in young female cats that have not been neutered or spayed, pregnancy and lactation also significantly increase a cat’s energy requirements.

Some medications administered to cats are well-known for stimulating a cat’s appetite, such as the anti-seizure medication phenobarbital and the glucocorticosteroid (“steroid”) drug prednisolone. However, other medications may also increase appetite.

Overeating can be a self-soothing behavior for cats who are bored, lonely, depressed or grieving, just as it can be in people. Polyphagia has also been seen after cat owners have switched to a tastier (more palatable) cat food, and in response to a stressful event in the home, like the introduction of a new pet. In these cases, cats will gain weight as a result of their overeating rather than lose or maintain their weight.

The solution to overeating in these cats lies with providing more stimulation and playtime while switching away from free-choice feeding to portion-controlled meal feeding. If you want to provide your kitty with food while you’re away from home during the day, measure out an appropriate amount and provide it in a food puzzle. Your cat will have to work for their food, which will keep them mentally engaged and help them burn calories.