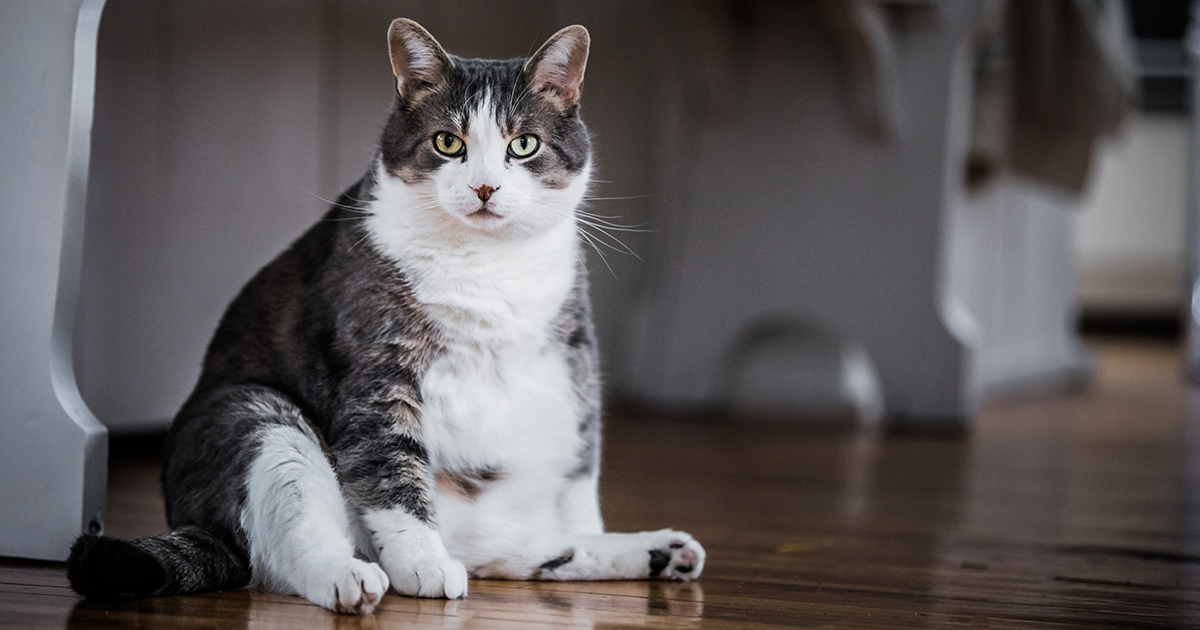 Cats often have a reputation for being finicky. But that doesn’t always stop them from scarfing up every morsel in their bowls. In fact, a recent study revealed that many cats continue to pack on pounds after they reach adulthood. These overweight cats also tip the scale at a higher average weight than cats of two decades ago.

In the first study to examine feline weight loss and gain over a lifetime, researchers at the University of Guelph’s Ontario Veterinary College analyzed electronic medical records for more than 19 million cats at veterinary clinics in the United States and Canada.

They focused on 54 million weight measurements across three decades. The data was then reviewed by gender, spay or neuter status and breed. The results, published in the Journal of the American Veterinary Medical Association, revealed several key findings.1

Most cats continue to gain weight

When people reach adulthood, many need to watch their weight to stay healthy. But according to this study, once cats reached their adult body size, they continued to gain weight.

The four most common purebred cat breeds (Siamese, Maine Coons, Persians, and Himalayans) reached their peak weights between six and 10 years of age. For more common domestic cats, weight gain reached a maximum at 8 years of age. In general, male cats tended to peak at higher weights than females.

For many decades, it was believed that spay and neuter procedures had no effect on feline weight. But this study showed that spayed and neutered cats tend to weigh more than their intact counterparts.

Veterinarians now believe that after spay and neuter procedures, cats have lower metabolic energy requirements. The lesson here: Once your cat is sterilized, talk to your veterinarian about altering your cat’s diet. It may help prevent your cat from unnecessary weight gain.

Cats weigh more than they did before

The researchers also observed trends in weight gain. The mean weight for 8-year-old, neutered cats increased in the decade starting in 1995, then stayed at this higher level for the next decade. Which means these cats weighed more, on average, than they did 20 years ago.

In fact, obesity has become the number one nutritional disorder for cats under 12 years of age. Unlike dogs, who often put on weight their entire lives, cats tend to lose weight and muscle mass after 12 years of age. Still, weight gain in cats that are middle-aged and older can put them at risk of diseases such as arthritis, diabetes, heart disease and some kinds of cancer.

The study didn’t look at what causes weight gain in cats. But several factors could be at play. More and more cats now live exclusively indoors, so they may not get the exercise outdoor cats once did. Certainly, spay and neuter surgeries may contribute. And many foods, including treats, are now more palatable, so cats are happy to chow them down.

Still, any weight gain or loss in your cat could be a sign of an underlying medical problem. That’s why it’s a good idea to get into the habit of weighing your cat at home on a regular basis. That way, you’re more likely to catch problems early. And keep your cat at a healthy weight for a lifetime.