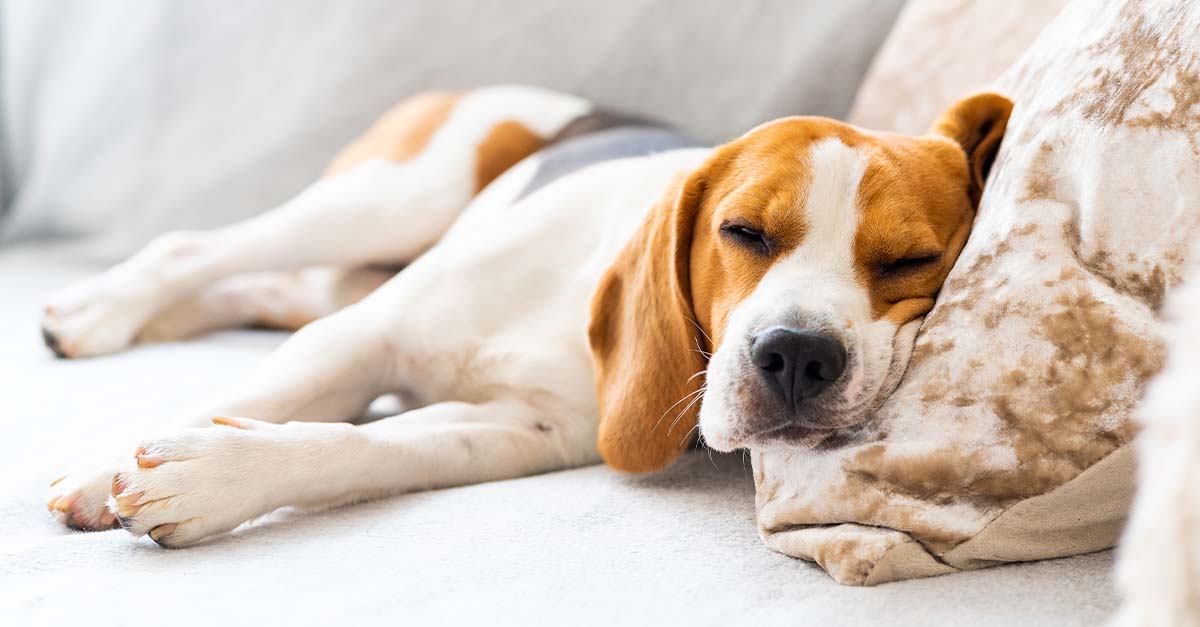 You see your dog, fast asleep. But he or she is whimpering, yelping, sometimes even outright barking. Maybe their legs are pumping or their tail is thumping. We’ve all assumed that when our dogs’ bodies are active while sleeping, they are lost on dreamy-dream land, chasing squirrels or barking at rogue mailmen. But do we know for sure that they dream as we do?

We anthropomorphize our pets all the time. But usually, when we apply human-like qualities to our pets, we know they aren’t really like people in that specific regard. Our dogs, for instance, probably don’t think that the guy who cut us off in traffic is a jerk. But we pretend that they agree with us anyway.

But when it comes to doggy dreams, we can be reasonably sure that those dreams are a reality. Researchers have determined that not only do dogs dream, they likely dream a lot like humans do. Meaning that their daytime activities seep into their nighttime minds.

In his book, “Do Dogs Dream?: Nearly Everything Your Dog Wants You to Know,” dog psychologist and behaviorist Dr. Stanley Coren says that dogs “dream of doggie things.”

Dreaming of the Rat Race

Research backs Dr. Coren’s belief. A 2001 study by Matthew Wilson and Kenway Louie of the Massachusetts Institute of Technology found that rats formed memories of events they experienced while awake, and that those memories ran through the rats’ minds while slumbering.

Dog brains are structurally more similar to human brains than rats’ are, and according to the journal Physiological Behavior, in 1977 scientists recorded the electrical activity of the brains of six dogs for 24 hours, finding that the dogs spent 44 percent of their time alert, 21 percent drowsy and 12 percent in REM sleep, where the brain is given free rein to explore what’s on its mind.

Humans tend to do our dreaming in REM sleep, and dogs get a LOT more REM sleep than we do. And in that REM sleep, they dream of the very things that you think dogs dream about.

…There is a special structure in the brainstem (the pons) that keeps all of us from acting out our dreams.

When scientists removed or inactivated the part of the brain that suppresses acting out of dreams in dogs, they observed that they began to move around, despite the fact that electrical recordings of their brains indicated that the dogs were still fast asleep. The dogs only started to move when the brain entered that stage of sleep associated with dreaming. During the course of a dream episode, these dogs actually began to execute the actions that they were performing in their dreams.

So there you have it. Scientific proof that your dog really is chasing rabbits in his or her dreams. Now if only they can prove that your dog is as annoyed by commercials as you are.