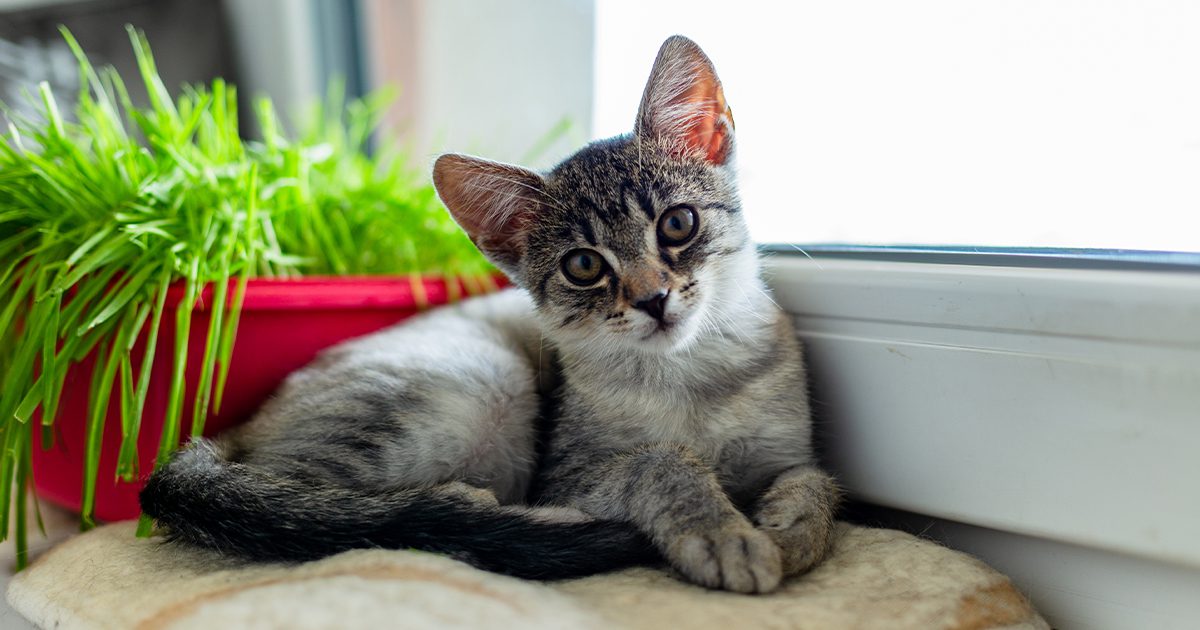 A cat’s response to catnip could probably be one of our Peculiar Pet Facts by itself — some cats can be pretty entertaining to watch! But instead, we’re going to investigate why some cats go crazy for catnip and other kitties couldn’t care less. Is it their personalities? Or is it in their DNA?

The catnip plant (Nepeta cataria) is a member of the mint family, and it’s well known for its mood-altering effects in some cats. The famous “catnip effect” is due to a compound called nepetalactone, which is thought to increase the release of endorphins (“feel-good” chemicals) in cats. Nepetalactone is a volatile chemical (it rapidly changes to a gas at normal temperatures) that enters a cat’s olfactory system — the system responsible for a cat’s sense of smell. That means the effect on your cat’s brain actually comes from nepetalactone binding to receptors in their nose — not from your cat ingesting catnip. That’s why catnip is classed as a form of olfactory enrichment (scent stimulation) when used to prevent boredom and stress in cats, particularly indoor cats.

Cats that do respond to catnip typically display a variety of behaviors including drooling, rolling, sniffing, licking, vocalizing, biting, head shaking and rubbing their heads and cheeks in it. Some cats become very active and playful, whereas others become calm and mellow. The catnip “buzz” lasts for 10 to 15 minutes, and then they are typically immune to the response for about two hours. Nepetalactone is also an effective mosquito repellent, which may be another reason cats rub their heads in catnip.

If your cat seems unfazed by catnip, they’re not alone. About 30 to 40 percent of cats don’t respond to catnip. That’s because the catnip response is a polygenic trait (caused by multiple genes) that is inherited. Without these genes, your cat won’t know what the catnip fuss is all about.

If you have a kitten that isn’t responsive to catnip, it may be due to their age, not their genes. Kittens three to six months old typically don’t respond to catnip, so try again when they’re a little older.

If your cat is one of the catnip non-responders, there are alternatives to try, including silvervine and Tatarian honeysuckle. In a catnip study with one hundred domestic cats, one third of the cats didn’t respond to catnip, but of the non-responders, three quarters did respond to silvervine, and one third responded to Tatarian honeysuckle. So, if your cat doesn’t show a response to catnip, try one of the others instead. All these plants are considered non-toxic and non-addictive for cats.

Catnip and catnip-infused toys can be a great way to keep your cat entertained. If your cat doesn’t respond to catnip, try one of the alternative plants and see what happens!

RELATED POST: 4 Reasons Why You Should Play With Your Cat Right Now