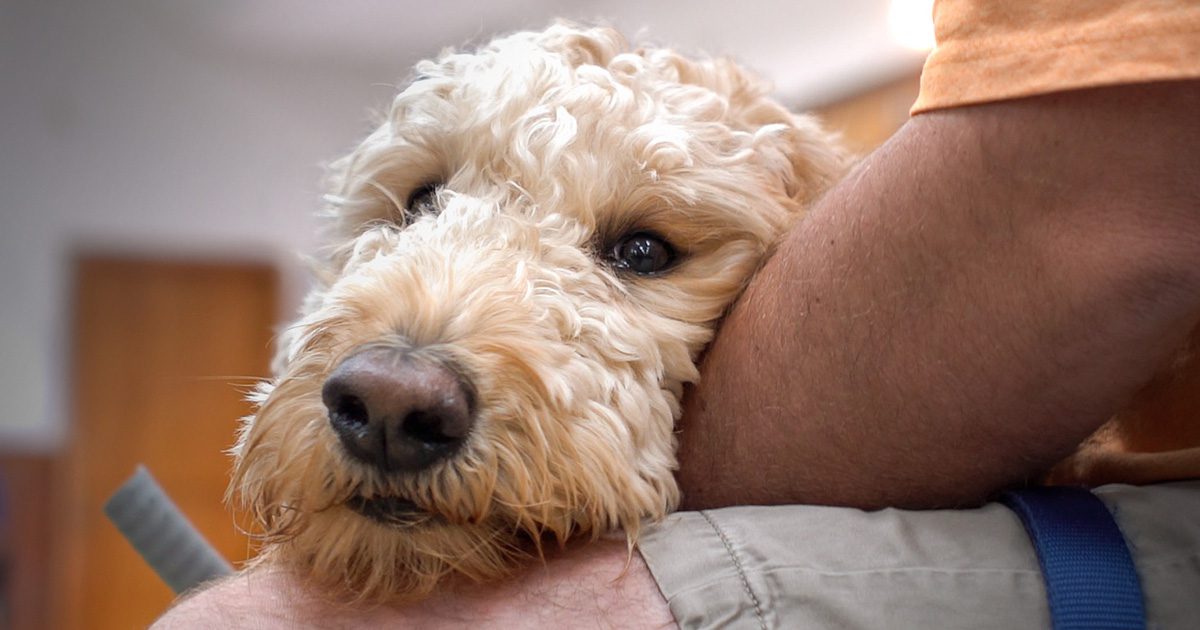 “Without this program, I don’t know what a lot of us would do,” says Joey Vineyard, a disabled veteran of the U.S. Army and Missouri National Guard and a retired firefighter.

The program he’s talking about is K9s on the Front Line. The “us” is disabled veterans. The Maine-based program that provides certified, trained service dogs to military veterans affected by PTSD and/or traumatic brain injury was recently established in central Missouri by Jason Howe, another disabled veteran who graduated from the program in Maine. And heading into the fifth week of the first training class, the bond between veteran and dog is already akin to a military unit.

Someone to watch their backs 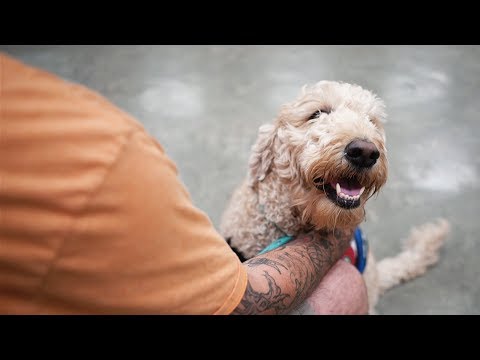 Three-year-old Paddington was Joey’s pet dog for two years before becoming his service dog. Though K9s on the Front Line specializes in pairing its veterans with rescue dogs, if a family dog seems like a good fit, they can be enrolled in the training program. For Joey, the work is paying off.

“When I get anxious and keyed up, he comes to me and licks my face and calms me down,” Joey says. “If it’s really bad, he gets up on the couch in my lap and puts his face in my face and makes me focus on him, not the bad thing.”

When in the active service, soldiers always have someone to watch their backs. “Leave no one behind.” When their service is over, soldiers often feel alone, like that extra set of eyes is gone. Some no longer feel safe in crowds. Some find it hard to work. Some are simply coiled too tightly.

For U.S. Army veteran William Adams Jr., all of this was true. After returning home, he couldn’t hold down a job. His kids were afraid to stay home alone with him. Crowds were a no-go. Then he met Dexter, the first dog in Jason’s program, and it all changed.

“What set me off in crowds was too many people; I couldn’t see everything,” William recalls. “I couldn’t scan enough heads to see where someone was, if need be.” Dexter brings him peace of mind. William has a job now working construction, and Dexter tags along. They go to the rodeo together. “Now I know I have someone watching my back,” he says. “Dexter is the best battle buddy I’ve ever had.”

Michelle Matthews, a 20-year Army veteran, knew the power of the dog long before she became part of K9s on the Front Line. She got a dog in 2008 when she returned from Baghdad, and suddenly, she started sleeping better. He was her right hand. When he passed away, she never really considered another dog until she ran into Jason and his service dog, Sobee, at the VA. Suddenly, it all clicked. She could have a dog who was trained to help her.

And like Joey and Paddington and William and Dexter, Michelle and her new pup, one-year-old Callie, are already a success story. “When I have a lot going on, I might have a meltdown. She jumps into my lap and puts her head on my shoulder,” Michelle says. “It’s what she does. She changes the perspective.

“She brings me back.”

Joey, William and Michelle are just some of the veterans enrolled in the first Missouri class of K9s on the Front Line. With the motto “no veteran left behind,” Jason Howe looks to continue getting the word out about his program so that every veteran knows that help is out there. His immediate goal is to enroll more veterans, while his long-term hope is to find a permanent training facility. But he can’t do it without help. If you’d like to learn more, spread the word or otherwise help K9s on the Front Line Missouri, visit their Facebook page.