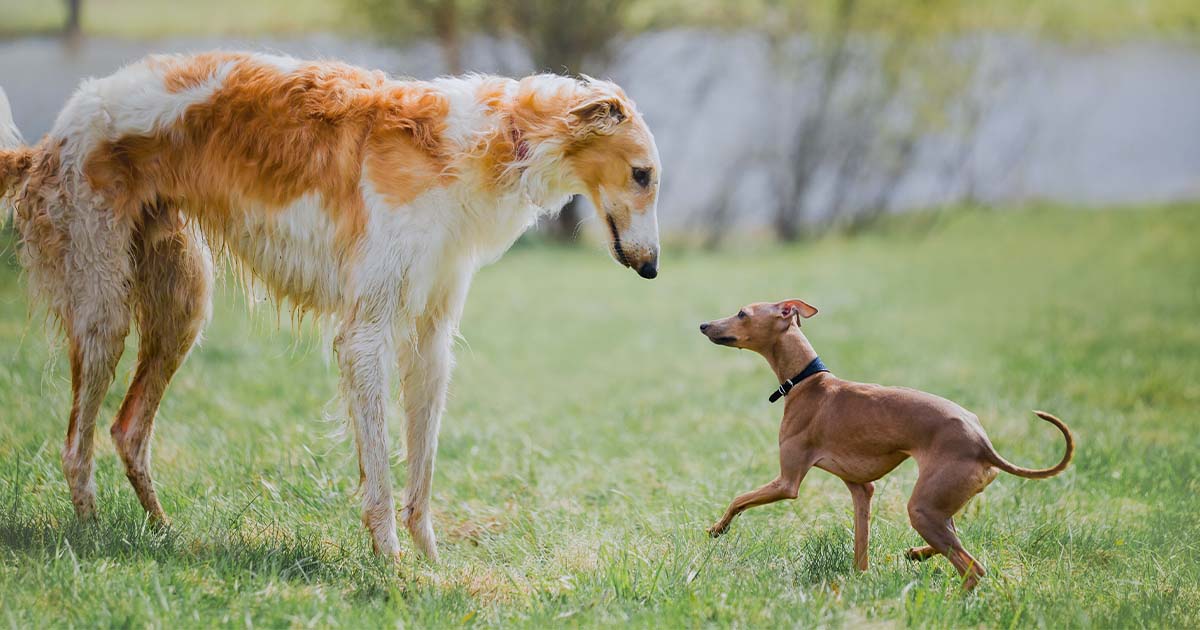 Small, vocal dogs who make you very aware that they’re the boss are sometimes said to have a “Napoleon complex” or “small-dog syndrome.” It seems like a fitting description, but is small-dog syndrome really a thing? Well, research tells us that it is.

Does Your Dog Have Small-Dog Syndrome?

Small-dog syndrome is characterized by a big, bold personality in a tiny, compact body. These dogs rule the roost and often display behaviors like barking, growling, jumping and even nipping. If you have a tiny dog who likes to tell you what’s what (and do it loudly), you might be dealing with small-dog syndrome.

I Do What I Want When I Want

Why do dogs develop small-dog syndrome? Mostly it’s because they can get away with bad behavior — and they know it. Pet parents (and their visitors) are less likely to be annoyed or hurt by bad behavior from a small dog than a large dog. So those behaviors aren’t corrected like they would be for a large dog, and the small dog learns they can keep doing it without consequences. For example, if a small-breed dog jumps on your friend as they walk in the front door, it’s likely that your friend isn’t going to complain compared to receiving the same greeting from a giant-breed dog.

Research has shown that some of the behaviors associated with small-dog syndrome, like barking at people and dogs, growling and showing aggression, and nipping, are actually related to fear.

In another study, dogs lighter than 44 pounds were found to be less obedient, more aggressive and excitable, and more anxious and fearful. It was thought that some of these behaviors were due to small-dog owners having more inconsistent interactions with their dogs and being less engaged in training and play activities compared to owners of large dogs. If small-dog owners were more engaged in training and play, this correlated with better obedience.

One of the best ways to help your dog overcome (or avoid) small-dog syndrome is socialization training. Adequate socialization is an important part of any dog’s training, and this includes allowing small dogs to interact with large dogs. By introducing small and large dogs to each other in a controlled setting, it will help the small dogs avoid the fear that may develop later when a 150-pound behemoth is racing toward them at the dog park — that’s the equivalent to a rhinoceros running toward us. With controlled socialization experiences, a small dog can learn that large dogs are (mostly) gentle giants that just want to play.

Small-dog syndrome can be avoided with plenty of training and reinforcing good behavior. By curbing undesirable behaviors when they first happen, small dogs can learn that barking incessantly, jumping on furniture, growling at people and other bad behaviors are not acceptable. If you have concerns about the behavior of your small dog (or any sized dog) talk with your veterinarian or consult a veterinary behaviorist.