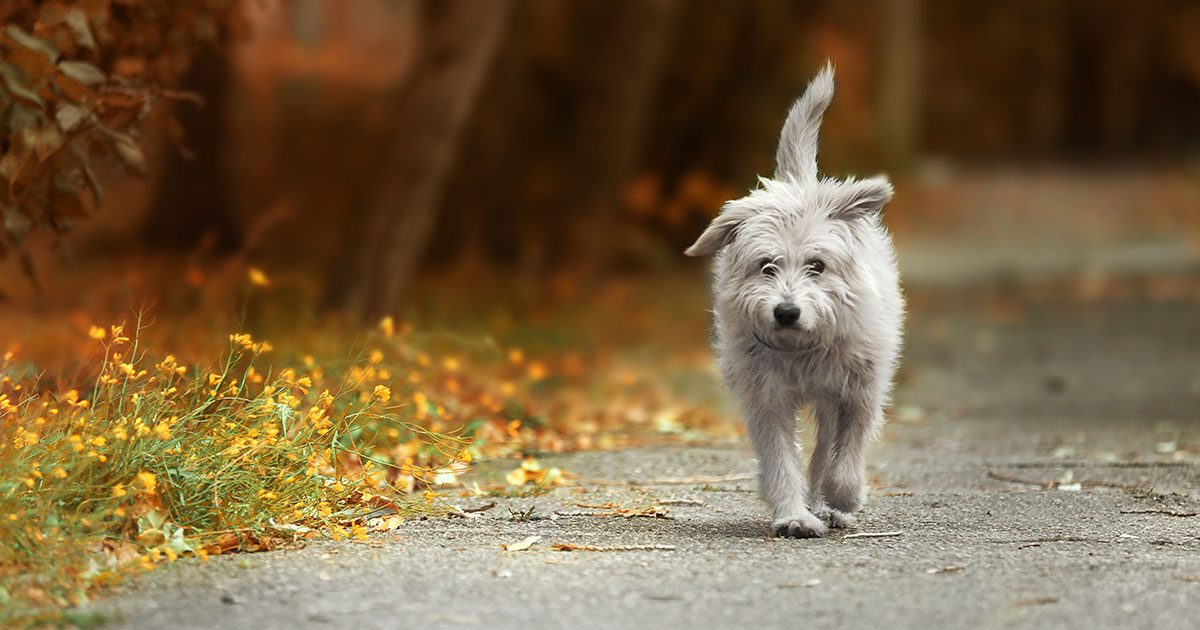 The ability of lost dogs to find their way home from sometimes hundreds of miles away will never cease to amaze us. But how do these remarkable dogs navigate their way back? Is it through following familiar scents along the way, or do dogs have other special abilities that help them find their owners?

A dog’s nose is definitely a powerful tool they could use to track their way home. Many dog breeds, including bloodhounds, foxhounds and beagles, are known for their scent detection expertise. And all dogs have an increased ability to detect smells compared to human noses.

The source of their expert sniffing ability starts with the approximately 220 to 300 million olfactory (smell) receptors in their nose — humans have a measly 5 to 6 million receptors in comparison. On top of this, each olfactory receptor cell in a dog’s nose has hundreds of microscopic hairlike structures (called cilia) that help detect miniscule odor concentrations.

The olfactory cortex, the brain region that processes scent information, is also a lot bigger in dogs than humans (12.5 percent of total brain mass vs. 1 percent in humans). All of these features help dogs track scents, including the scents that point to their owner’s whereabouts.

It’s likely that dogs notice their surroundings while they’re out and about and can use those visual memories to find home again. They can become familiar with the houses, parks, fire hydrants and other landmarks that surround their home. A dog’s increasing excitement as they’re getting close to the dog park (or apprehension as they get closer to the vet clinic) suggest they do recognize familiar surroundings. But this doesn’t explain how dogs that travelled across hundreds of miles found their way back home.

Recent research suggests that the missing piece to understanding a dog’s navigational abilities may be an “internal compass” which uses the Earth’s magnetic field.

In this study, almost 60 percent of dogs used tracking to find their owner, 33 percent used scouting and 8 percent used a combination of the two. When the dogs started their return journey, tracking dogs started off in a random direction. However, scouting dogs often started their return with a short run (approximately 60 feet on average) aligned with the Earth’s north-south magnetic axis. If dogs did a compass run, they were almost four times more likely to use the scouting strategy than the tracking strategy.

So just like migrating birds and ocean animals (including sharks) use magnetic navigation (magnetoreception) to return to the same place, some dogs may also use the Earth’s magnetic field to find their way home.

Not All Dogs Find Their Way Home

Unfortunately, not all lost-dog stories have a happy ending. Millions of dogs and cats — about 1 in every 6 — become lost at some point in their lifetime, according to a study by the American Society for the Prevention of Cruelty to Animals (ASPCA), and some don’t find their way home. Some dogs may be rescued and taken to a shelter, but if they don’t have any identification (tags or microchip) or the information is incorrect, it can be hard to find their owners, particularly if they’re in a different town. That’s why it’s important to keep your pet’s ID information up-to-date.

What If Your Dog Doesn’t Come Home?

If your dog does go missing, contact local shelters or veterinary clinics to see if they have taken in your dog. For dogs who have been microchipped, contact the microchip provider as they can help with the search.

It helps to have the following descriptors while you’re searching for your dog:

Each dog probably uses a different method to navigate to their destination — scent, vision, magnetoreception or a combination. For the dogs who do get lost, we hope their stories have happy endings.

RELATED POST: Guest Column: What Should I Do If I Find a Stray?