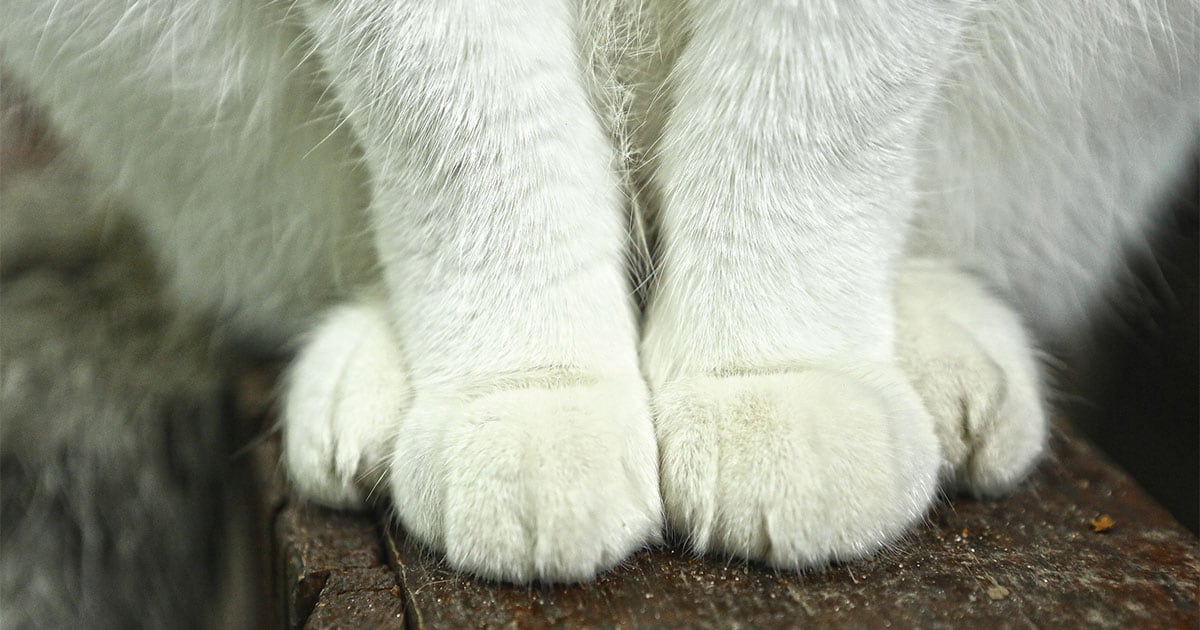 Welcome to “Debarking Pet Myths,” a monthly series dedicated to addressing common myths, misconceptions and even old wives’ tales about dogs and cats.

For more than 150 years, physicists and others have been fascinated by the aerial acrobatics behind this month’s myth: A cat always lands on its feet.

Although cats appear to defy physics with their righting reflex, we now know how they perform the amazing midair gymnastics that allow them to land on their feet most of the time.

A cat’s inborn talent to reorient its body while falling is called an aerial righting reflex. It begins to appear in kittens when they’re about 3 weeks old, and is highly developed — if not perfected — at around 7 weeks of age.

However, this innate skill wouldn’t be possible without the support of some unique skeletal features. The feline skeleton combines tiny rudimentary collarbones (aka clavicles) and shoulder blades connected to the body by muscles (not bones, as in humans) with a long, unusually supple spine (30 vertebrae compared to our 24). As a result, cats can twist their bodies to a much greater extent than other animals, squeeze through tight spaces and run with an extended stride.

How cats nearly always land on their feet

Here’s how cats right themselves in midair for a feet-first landing: And it all occurs within 1 second.

To see the aerial righting reflex performed in slow motion by an African caracal, a mid-sized wild cat, check out this video from BBC Earth.

Exceptions to the landing-on-all-four-feet rule

Do cats always land on their feet? No.

The height of the fall is a factor. According to the July–August 1998 issue of Annals of Improbable Research, an Italian researcher sought to determine the height necessary for a cat to have enough time to rotate into position for a feet-first landing. The cat used in the study landed on his or her feet every time he or she was dropped from heights of 2 to 6 feet. But when dropped from a height of 1 foot, the cat didn’t have enough time to rotate into position so that he or she could land on all four paws.

The physical condition of the cat plays a role. Cats who are overweight, uncoordinated or arthritic may not be able to move quickly enough to right themselves, even if falling from a height of 4 or 5 feet. And if cats don’t have time to fully rotate, they may land on their side, back or head, sustaining serious injuries.

As it turns out, studying the aerial acrobatics of cats has helped scientists figure out how astronauts could turn themselves around in zero-gravity — as well as other advanced physics concepts. But for the physical safety of cats everywhere, we recommend leaving the research of falling cats to scientists.