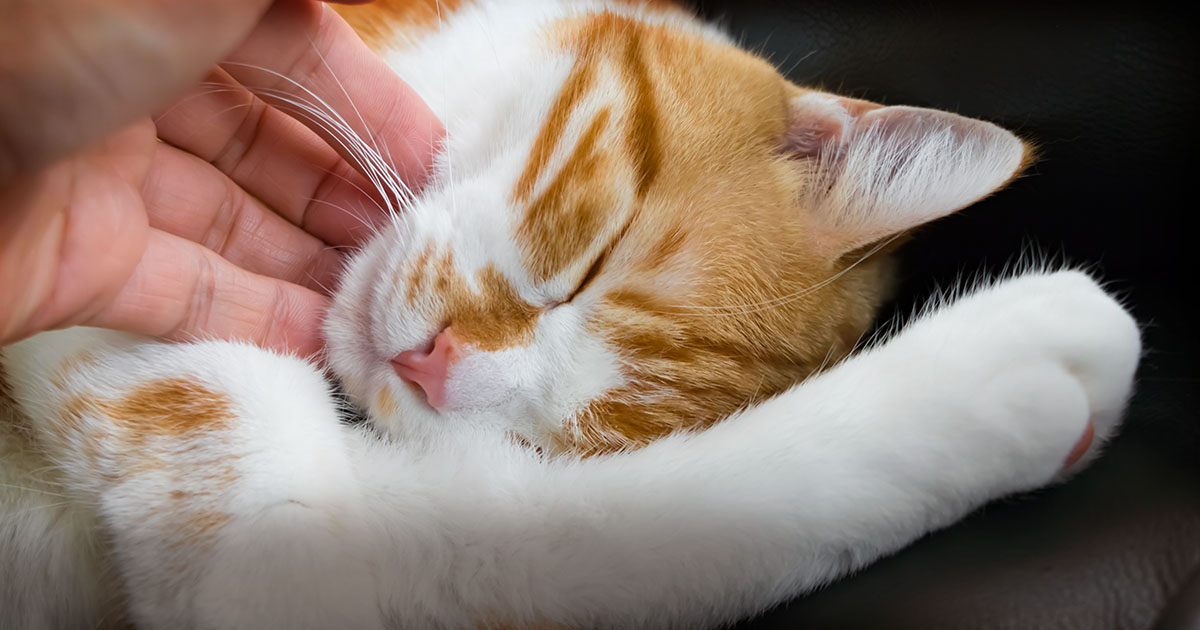 Cat owners love to hear — or feel — their cats purr. There’s something incredibly relaxing and soothing about petting a purring cat who’s deigned to rest in your lap. After all, a purring cat is a happy and content kitty, right?

Maybe. Or maybe not.

Just how much do you really know about why and how your cat purrs? What veterinarians and researchers now know may surprise you!

How the feline purr is produced

How cats purr had been a mystery for many years. While still a topic of debate, scientists now believe the feline purr is created when a neural oscillator in the brain intermittently signals the muscles of larynx (voice box) to vibrate, which is then combined with movement of the diaphragm (the muscles at the base of the chest cavity that play an important role in breathing). As air passes over the vibrating laryngeal muscles, a purr is produced as the cat inhales and exhales. No special organ. No special apparatus.

Not all purrs are created equal

Each cat’s purr is unique. Some are high-pitched; others are a low rumble. Some cats purr so softly that you feel them vibrate rather than hear them purr. Still other purrs are incredibly loud. Yet despite their uniqueness, research has found that cats purr with a consistent pattern and frequency of about 25 to 150 vibrations per second. What’s the big deal about this frequency range?

A bioacoustics researcher, Elizabeth von Muggenthaler, believes cats may purr to help heal themselves. According to von Muggenthaler, frequencies between 24 and 140 hertz (vibrations per second) are therapeutic for bone growth, pain relief and wound healing. She recorded a variety of cat purrs, including those of domestic cats, and discovered that the purrs all fit into the range for improved bone density and promote bone and muscle healing.

Purr frequencies can go higher than 150 hertz — a purr that cats may use when trying to get their owners to feed them. One study in the journal of Current Biology found that the purr of cats soliciting their owners for food contained a frequency peak that rose to 220 to 520 hertz. Researchers believe, based on their study, that the higher frequency makes the sound harder for cat parents to ignore.

Why do cats purr?

Overwhelmingly, cats purr as a form of communication — with their owners, with each other and with themselves. According to Pam Johnson-Bennett, a cat’s purr communicates several emotional states, with contentment and happiness being just two of them. Cats purr when they feel fear or distressed (check if your cat is purring during his or her next veterinary appointment), when they are sick or recovering from an injury, in pain or even dying.

Queens (intact female cats) will purr as they’re giving birth as a self-comforting behavior and for pain management. Endorphins — those feel-good chemicals that are released when people exercise — are released when cats purr and can help manage pain. Once kittens are born, the queen will purr to help them locate her for nursing and warmth (kittens are born blind and deaf but do feel vibrations). Kittens can purr by the time they’re 2 days old, will purr during nursing and likely use purring to let mama kitty know they’re okay.

Cats may also purr to soothe another cat who may be a potential opponent. Purring may be a way to de-escalate and avert possible aggression.

The bottom line is that cats purr during a variety of situations and in response to different stimuli. A cat’s purr is similar to a human smile or laughter, or a dog’s tail wag. We all communicate different emotions using ways that can be misconstrued.