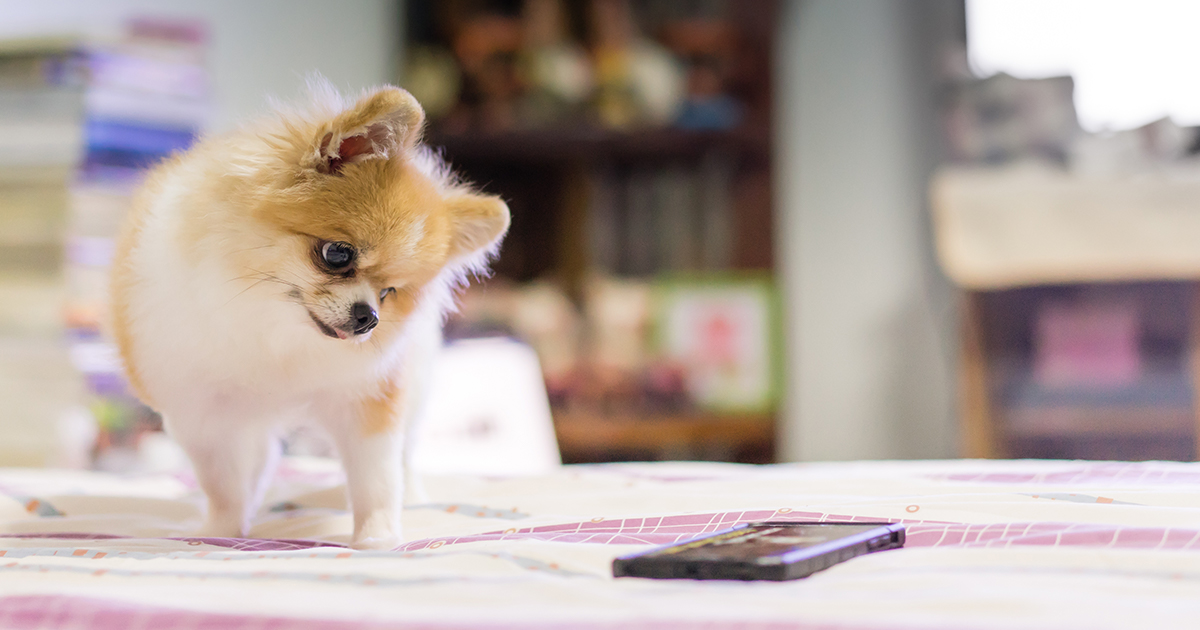 When you’re away from your dog, you’ve probably thought at some point, “I wish Fido could see and hear me.” Technology has given us the tools to do this, but can dogs actually recognize that it’s us on the screen? If you set up a video chat with their dog-park BFF, would they wag their tails happily at the sight of each other? Does your barking-frantically-at-the-TV dog know what’s on it? Well, it depends on the dog and the screen.

Dogs Know That Dogs Are Dogs

A 2021 study has shown that dogs can recognize other dogs in videos. The study used a diverse group of purebred and mixed-breed dogs of both sexes across a range of sizes. The dogs were all exposed to four combinations of videos and sounds — a dog or an unfamiliar four-legged animal (cow or horse) together with a dog barking or an unfamiliar sound (frog croaking). The animal in the video walked across three screens, and the amount of time the dog spent looking at the entrance, central and exit screens during and after the video was recorded.

Analysis of where the dogs looked the longest during and after each sound and video pair showed that dogs were surprised by the combinations of a dog video/unfamiliar sound and dog bark/unfamiliar animal video. When the two dog stimuli were paired, the dogs weren’t surprised and looked at the entrance screen longer, indicating they were interested in where their dog friend came from. These findings suggest that dogs can recognize dogs as dogs in videos.

It appears that dogs can recognize other dogs in videos, but what about in photos? A review of dog vision research found that dogs can recognize other dogs in pictures. They can also distinguish between a familiar and unfamiliar human face, even recognizing a face that’s partially covered. So, if you have friend hold up a photo of you, your dog may know that it’s you — if the photo’s big enough. The central screen that was used in the dog video study was approximately 5 feet by 6.5 feet!

Can You See Me Now?

If dogs can recognize dogs in videos, does that mean they can video chat on phones and tablets? Unfortunately, probably not. The small screen size most likely limits their ability to see the images clearly  If your dog is reacting to your video chat, it’s more likely to be your voice they recognize — although even that sounds distorted to some dogs.

The dog vision review also found that for tasks that require vision, breed may account for some of the performance differences between dogs. Dogs that were bred for sight hunting (e.g., greyhound) have been selected for different visual perception abilities than scent-hunting dogs (e.g., English springer spaniel), and they may perform some visual tasks better. A dog’s eye position and whether their nose is in their field of vision can also affect their vision acuity.

Should You Leave the TV On?

A lot of people leave the TV on to entertain their dog while they’re out. Based on all this research, is it worth it? Dogs have more cells called rods in their eye than humans and these detect light levels and motion. Dogs who love watching TV are probably seeing fast-moving images that are worthy of barks and excited leaps and may also be responding to stimulating sounds. According to the previously mentioned research, they may also be able to recognize footage of dogs (if your TV is big enough). On the other hand, some dogs don’t seem to care about the moving images and digital sounds and will completely ignore the TV.

If your dog seems interested and entertained by the TV, then it’s probably OK to leave it on. However, there’s also the risk that they become a little too stimulated by the TV and you come home to find it on the floor. Ruh-roh!

How much a dog can see and interpret images on a screen depends on the visual perception abilities of each dog and the size of the screen. If your dog is lucky enough to be our fan of the month, it may help to show them their cute pic on the biggest TV you have instead of your phone.

RELATED POST: 20/20 Vision: Keeping an Eye on Your Pet’s Sight 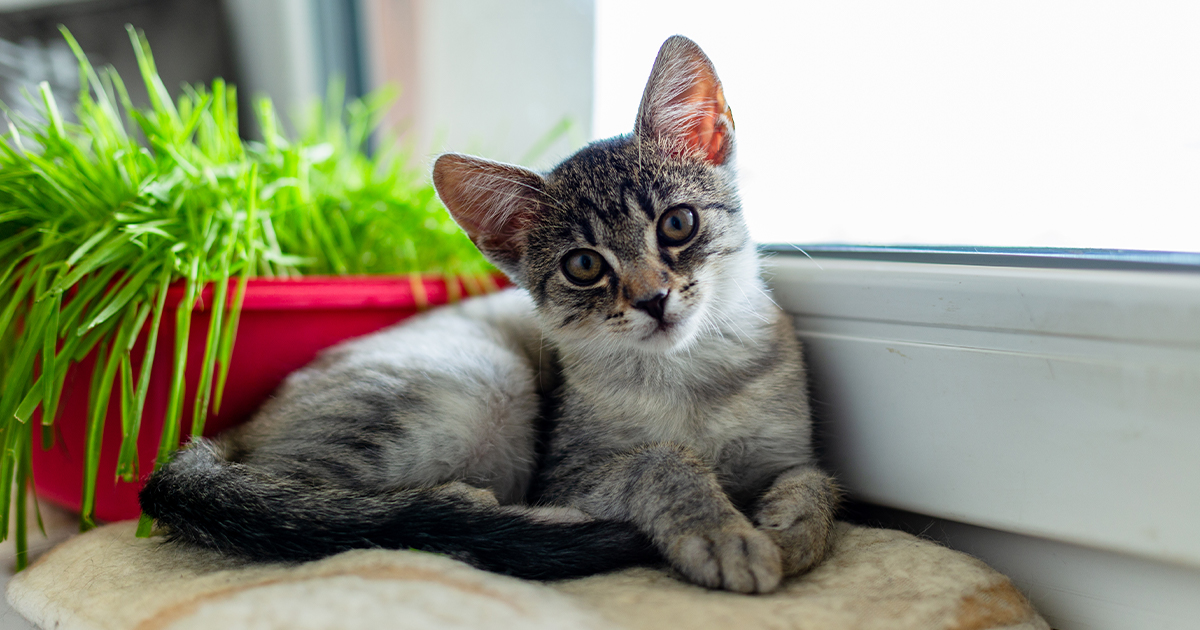 Peculiar Pet Facts: Some Cats Don’t Get the Catnip Caper 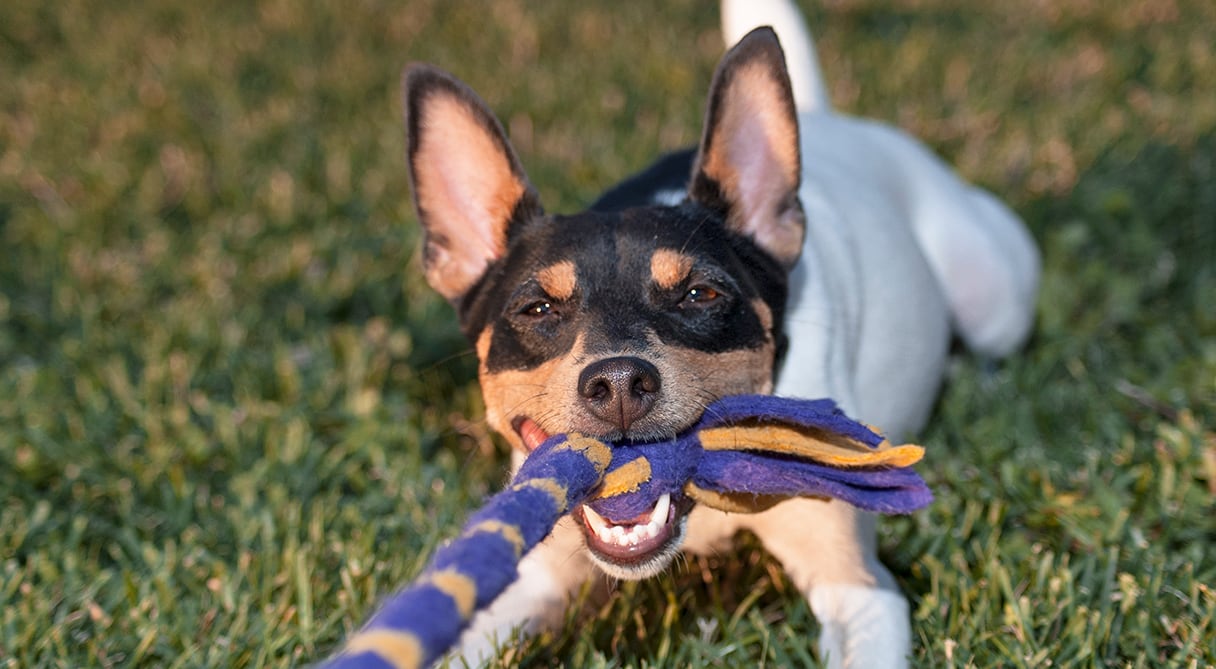 Debarking Pet Myths: Does Teaching Puppies to Tug Cause Aggression? 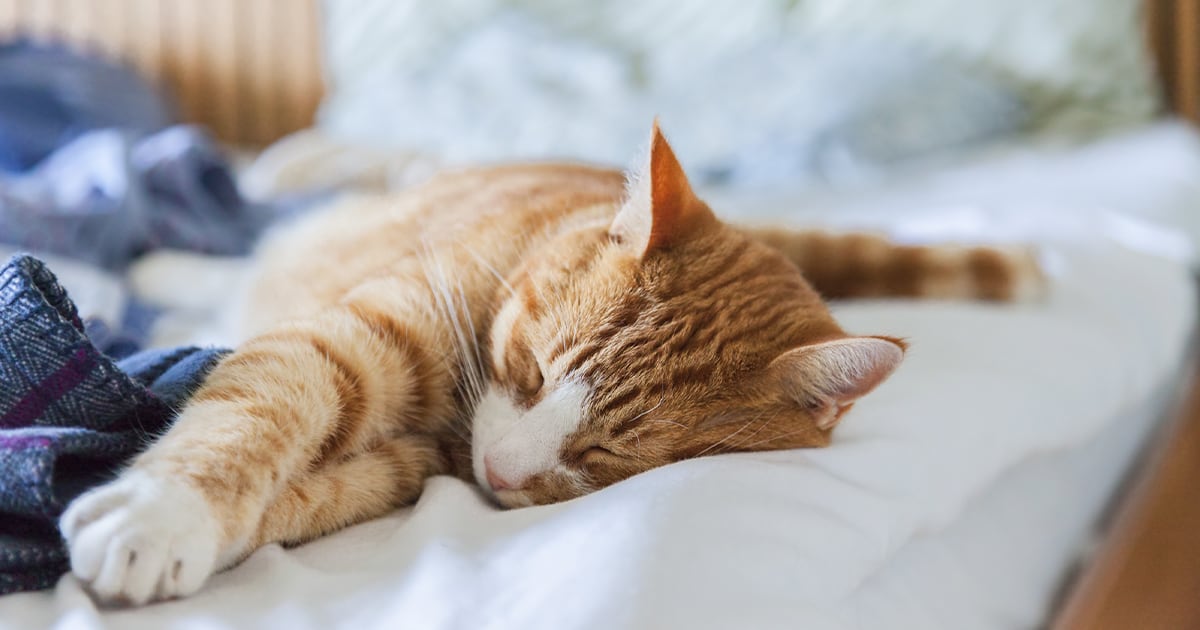 5 Reasons Your Cat Sleeps With You