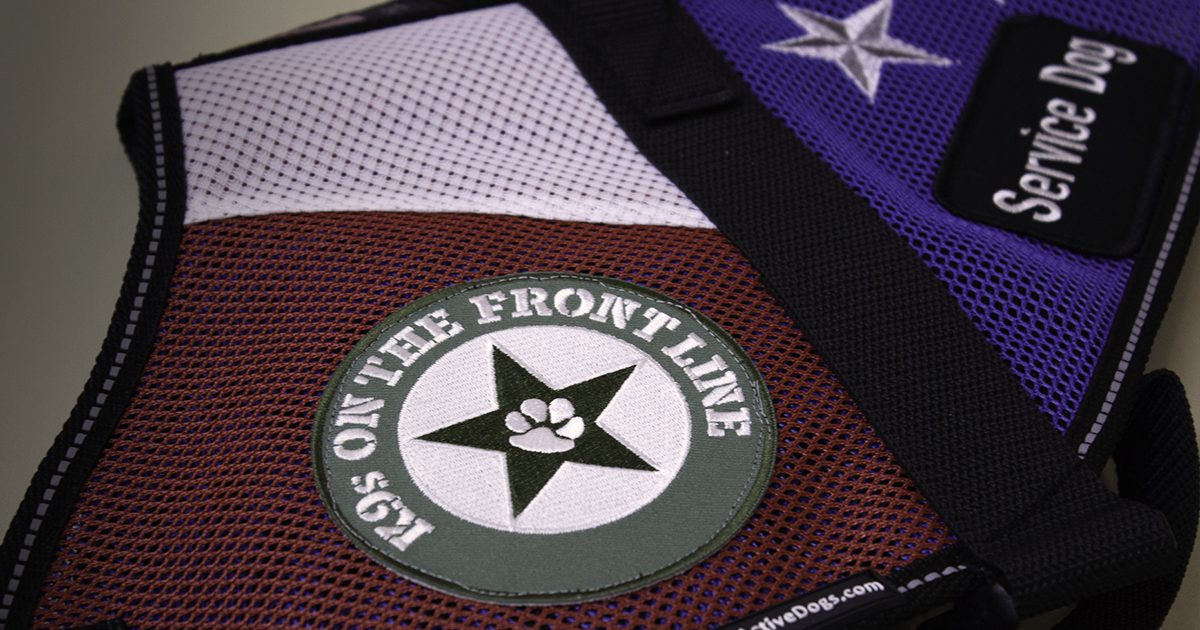 According to the National Center for PTSD, anywhere between 11 and 20 percent of American veterans are affected by post-traumatic stress syndrome (PTSD).

In the state of Missouri, more than 9 percent of the adult population are military veterans. That’s more than 438,000 people. Nearly 19 percent of those Missourians who served (82,300) have been designated as disabled due to their military service. Too many Missourians are paying the toll for their service. 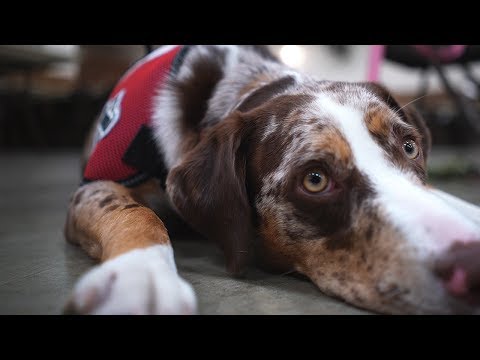 In Missouri, there is a need. And Jason Howe and his chapter of K9s on the Front Line are doing everything they can to fill that need. In mid-2018, Jason opened the first offshoot of the Maine-based nonprofit that provides certified, trained service dogs to military veterans affected by PTSD and/or traumatic brain injury at no cost to the veteran. It’s an invaluable service, since a trusted companion is often all a veteran needs to begin living life again.

But it’s more than a dog-training program. To Jason, the program exists to let disabled veterans know that they aren’t alone, that there is another option for them. “The VA [Department of Veterans Affairs] is good, but there are so many veterans for the VA system around here,” he says of his region. “There needs to be something else. And if that means just getting veterans to come to the class and watch it, to be around other veterans, like a peer-to-peer support group, we’re here.” Working closely with the local VA facilities is a priority for Jason, because together they can reach the most veterans and, in turn, change the most lives.

Most veterans in the program are matched with a rescued dog who becomes their shadow, a four-legged proxy for the soldiers who once had their back. This aspect of K9s on the Front Line illustrates the other side of the need: the homeless dogs who need safety and companionship.

More than 1.5 million dogs are euthanized in the U.S. every year. K9s on the Front Line gives these dogs their second chance at life, a life that has meaning, purpose and partnership. For the veterans and the dogs, it’s a match made in heaven, and the results are plain to see, if you ask Jefferson City, Missouri, mayor Carrie Tergin. “Getting the chance firsthand to see the connections that are made with the veterans and these service dogs has been eye-opening,” she says. “You can see the way they connect. It’s just incredible to witness it firsthand.”

The first two training classes for K9s on the Front Line Missouri came to a close in December of 2018, and there are no signs of slowing down, as a new class began in early 2019. Jason plans to expand into a permanent facility to reach as many veterans as he can, and it’s vital that the program retains its hands-on approach.

“We want to remain a backyard community nonprofit,” says Linda Murray, co-founder and vice president of K9s on the Front Line. “We don’t ever want to be so big that we lose that personal touch. We don’t disconnect with our veterans when they leave the program; we’re very much in touch with them all the time. We don’t want to lose that ‘new family’ sense that we’ve created.”

A community of support

The “family” Jason has built — 13 veterans were enrolled in the first two classes — has been embraced by the community. Part of the training requires being out in public, where the dogs can do the most good for their partners. This includes group outings to places like hardware stores and restaurants, where there can be crowds or sounds that trigger the veterans’ PTSD. So far, Jefferson City and the surrounding areas have been open arms, all the time.

“We want the community to rally behind their veterans,” Linda says. “Being a new nonprofit, something that people hadn’t heard of before here, we’ve found that people are more than willing to help. People love to help veterans in Missouri.”

A soldier becoming disabled or a dog becoming homeless doesn’t have to be the end of the story. Together they can build a happy future that the entire community can embrace. It’s no secret elixir that draws so much support, however.

For more about K9s on the Front Line Missouri, visit the Facebook page.