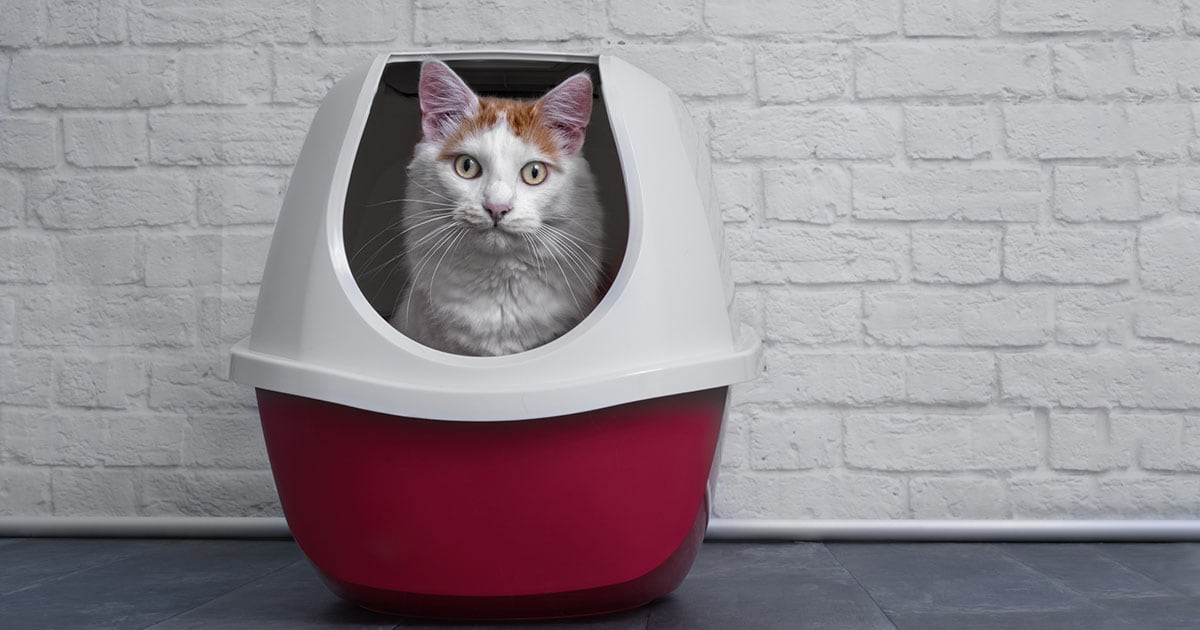 You might naturally assume the underlying cause of FLUTD is a urinary tract infection (UTI). After all, UTIs are one of the medical causes of symptoms like urinating outside of the litter box and making frequent trips to the litter box.

But, in reality, UTIs are fairly uncommon in cats — although there are some cats that are more likely to have UTIs.

Is your cat making frequent trips to the litter box? Did your kitty just urinate outside of it? Or are you simply curious like your cat? If so, read on!

What’s the difference between FLUTD and UTIs?

As noted in a previous post, FLUTD describes a group of symptoms and clinical signs that can result from a number of conditions affecting the bladder and/or urethra of cats. Some of the causes that veterinarians see in cats are feline interstitial cystitis, bladder stones, urethral obstruction and UTIs.

Most urinary tract infections in cats are caused by bacteria that are normally found on skin or in the digestive system, although viruses and fungi can also infect the urinary tract. These bacteria travel up the urethra and into the bladder where they grow and reproduce, causing an infection. If left untreated, bacteria can also move up the ureters, the tubes that connect the kidneys with the bladder, and into the kidneys, resulting in infection in one or both kidneys.

Some cats are more likely to get UTIs

Contrary to popular belief, up to 99 percent of otherwise-healthy adult cats who show signs of FLUTD don’t have an actual infection. Studies that evaluated cats with clinical signs of lower urinary tract disease found only 1 to 3 percent of those cats had positive urine cultures. In other words, only 1 to 3 percent of studied cats had a UTI as demonstrated by the growth of bacteria from urine samples obtained from the cats’ bladders.

Those numbers change with age or certain health issues. Studies of older cats (over 10 years of age) and older cats with chronic health issues such as CKD, diabetes and hyperthyroidism (overactive thyroid) have found these cats are at greater risk for and more likely to have UTIs. But unlike younger cats who show obvious signs of a problem, older cats may not show signs or symptoms of a UTI. Studies have found female cats with hyperthyroidism or CKD are at greater risk for developing an asymptomatic UTI than male cats.

Signs, or lack of signs, of UTI in cats

Cats with urinary tract infections can show very different signs and symptoms depending on their age and the presence of other diseases.

While some older cats will demonstrate some of the signs listed above, a high percentage of them may not show any signs at all. So, if you have a senior kitty, how are you supposed to know if she (or he) has a urinary tract infection? According to the American Association of Feline Practitioners (AAFP), senior cats should be seen by a veterinarian twice a year, although your veterinarian may recommend more frequent exams if your cat has a chronic health issue. Your veterinarian will likely also recommend that blood and urine testing be performed at least once a year or more frequently depending on your kitty’s health. A urinalysis can help detect a UTI, but sometimes a urine culture is required.

Urinary tract health is an important issue for our feline companions. Cats normally visit the litter box one to four times a day, so be sure to figure out what’s normal for your kitty. And if your cat is visiting the litter box more frequently, urinating outside the box or demonstrating any of the signs listed earlier, call your veterinarian for an appointment.

RELATED POST: What You Should Know About Feline Lower Urinary Tract Disease