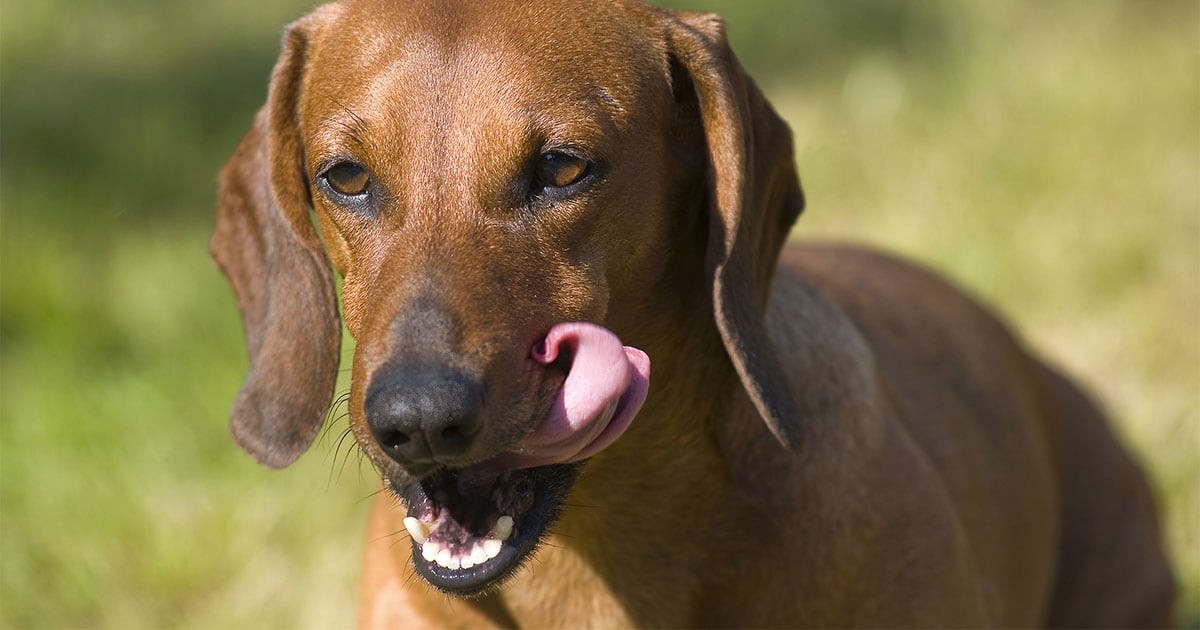 While many dogs may be recognized as chowhounds, it’s highly unlikely they’d be mistaken for foodies with discerning palates. There’s one “food” — and that word is being used very loosely here — that’s adored by some dogs but despised by owners over all others. That disgusting and gross item is poop.

More common than you think

Actually, according to veterinary behaviorists, stool eating — the medical term is coprophagia — is not uncommon in dogs. Poop eaters may selectively snack on their own stool or the feces of other dogs, cats, hooved animals such as deer and horses, geese, rabbits, or any other animal that happens to be available. A survey of U.S. dog owners conducted by University of California–Davis researchers found one in six (16 percent) dogs could be considered “serious” stool eaters, meaning that they had been caught in the act at least five times. One in four (24 percent) of the study dogs were seen eating feces at least once.

The study also found that coprophagia was more common among dogs living in homes with other dogs. In single-dog homes, only 19 percent of dogs indulged in this practice. In homes with three dogs, the occurrence of stool eating increased to 30 percent. A majority (85 percent) of feces-consuming dogs don’t eat their own stool, only that of other dogs.

Why would a dog eat poop?

The ultimate cause of coprophagy in dogs has always evaded veterinarians and animal behaviorists. Plenty of theories have been proposed to explain why some dogs find feces such a delicacy, and even researchers disagree on why dogs do it. Basically, the theories about why dogs eat stool fall into two broad categories — medical or behavioral.

Despite being a disturbing and undesirable behavior, coprophagy is considered normal and possibly necessary during one situation. Female dogs and wolves lick their puppies’ butts to stimulate bowel movements. They also routinely eat their pups’ feces during the first three weeks after whelping. This keeps the den clean and undetectable by predators (in the wild).

How to keep your dog from eating stool

Believe it or not, coprophagia is probably more disturbing to dog owners than it is harmful to dogs. The risks for picking up internal parasites and digestive upset are the most important health reasons for managing this disgusting habit. There have also been reports of medication toxicity when a dog has eaten stools of another dog undergoing treatment for a health problem.

The best way to prevent poop eating is to limit access to stool. This may mean monitoring your dog’s activities while on walks, restricting his or her access to feces of wild animals such as rabbits, geese and deer, and picking up after your dog right away. Training techniques such as teaching your dog the “leave it” command and to reliably come when called are also helpful in keeping your dog from eating stool.

In a study conducted by Colorado State University researchers,1 dog owners reported that preventing access was the most commonly used and most effective way of stopping their dogs from eating stool. Rewarding good behavior and distracting their dog from the feces were the next best ways to put a halt to poop eating.

While many cases of coprophagy are behavioral issues, there are health issues that can contribute to the problem. If your dog enjoys dining on stool, talk with your veterinarian to rule out an underlying medical concern. Then it’ll be time to take an active role in reducing your dog’s access to feces.