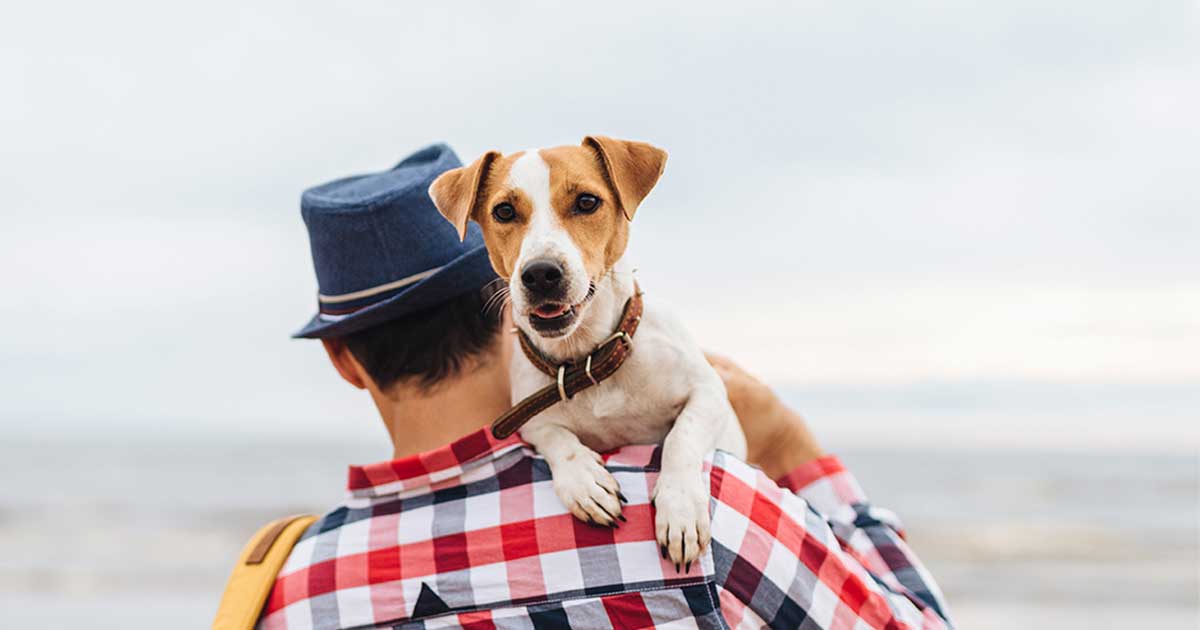 Rabies. Just mentioning the word conjures up images of Cujo and Old Yeller, and strikes fear in the heart of many pet owners. Although the rabies threat still exists in the United States, its incidence in pets and people has dropped dramatically — thanks to mandated pet vaccinations, wildlife control and vaccination programs, and national disease surveillance programs.

The situation is much different in other countries, however. With World Rabies Day, September 28, just around the corner, there’s no better time to review this deadly disease and what you can do to protect your pet, your family and yourself.

Here are nine facts about rabies that every pet owner should know. 1. Rabies is a zoonotic viral infection.

Rabies is a deadly zoonotic disease caused by a virus that attacks the central nervous system (i.e., brain and spinal cord). Infected animals secrete the rabies virus in their saliva and typically transmit it to non-infected animals and people during a bite. Less commonly, transmission occurs when virus-laden saliva comes into direct contact with an open skin wound or the lining of the eyes, nose or mouth. Although rare, the rabies virus has been transmitted through organ or tissue transplantation.

According to the World Health Organization (WHO), the rabies virus is present on all continents except Antarctica. In the United States, rabies is endemic (regularly found) in 49 of the 50 states; only Hawaii is rabies-free. In 2017, more than half of reported rabies cases in domestic animals came from five states: Pennsylvania, Texas, Virginia, Maryland and New York. If you’re curious about the frequency of rabies in your area, you should be able to get that information from your state’s department of public health.

3. The rabies virus can infect any mammal.

Only mammals — warm-blooded animals that have hair or fur and typically give birth to live offspring — can get rabies. Birds, fish, reptiles and amphibians cannot.

It’s important to recognize that rabies tends to be more common in different animal species in different places. In the United States, most rabies cases occur in wildlife such as bats, raccoons, skunks, coyotes and foxes. Cats, dogs and cattle are the most commonly infected domestic animals, although rabies has been diagnosed in horses, goats, sheep, pigs and ferrets.

Since any mammal can become infected if exposed, it’s essential that pets are protected with consistent rabies vaccinations.

4. Rabies isn’t as common as it once was.

In the United States, rabies in animals and people have been nationally notifiable diseases since 1944. That means the government has been monitoring this deadly virus and the disease it causes in people, pets, livestock and wildlife for decades. During 2017, the Centers for Disease Control and Prevention (CDC) received 4,454 cases of rabid animals from 49 states and Puerto Rico, a 9.3 percent decrease from 2016. (Reports of 2018 surveillance haven’t been released yet.) Of those rabies cases, 276 were cats and 62 were dogs.

Outside the U.S., dogs are the most common source of the rabies virus that’s passed to people (95 percent of worldwide cases).

5. Rabies is more common in cats than other domesticated animals.

According to data compiled by the CDC, pets and livestock accounted for nearly 49 percent of all animals submitted for rabies testing and only 9.0 percent of all animal rabies cases reported in 2017. Of the 399 domestic animals confirmed with rabies, 276 were cats and 62 were dogs.

Veterinary experts believe one reason that cats have become the most common domestic animal infected with rabies in recent years is that many cat owners don’t vaccinate their cats. In fact, some states require pet owners to vaccinate their dogs against rabies but not their cats. Unfortunately, cats can be exposed to rabies-infected wildlife either outdoors or when bats get into the house, which puts unvaccinated cats at risk.

7. Not all rabid animals will be aggressive.

Although “rabies” originates from the Latin word that means “to rage” and aggressive behavior is common, rabies-infected animals may show a wide variety of signs. Very few behavioral signs can be attributed only to rabies and not other diseases.

During the virus incubation period, the rabies virus enters the nerve endings around the bite wound and moves along the nerve to the brain where it multiplies in brain cells. It then travels along nerves to the salivary glands where it appears in saliva.

After the rabies virus reaches the brain, a cat or dog may show signs of one, two or all three different rabies phases. In the early (prodromal) phase, friendly animals may become shy or irritable and may snap, while ordinarily aggressive animals may become more affectionate and meek. In addition, dogs and cats may act nervous, apprehensive or anxious and a fever may occur. Most animals will constantly lick the bite wound site.

Wild animals may lose their natural fear of people and display unusual behavior. For example, an animal that is usually only seen at night may be seen wandering in the daytime.

As the disease progresses, cats and dogs typically develop hypersensitivity to light and sound. In this “furious” stage, they appear restless, irritable or agitated, drool excessively, bite or snap at real and imaginary objects, or become extremely vicious. In this phase, pets also become disoriented and have seizures before they die.

In the final stage of rabies, known as the paralytic phase, the nerves controlling the head and throat are paralyzed. Pets can move into this stage either after the prodromal or furious stage. Animals appear to hypersalivate because they’re unable to swallow. As paralysis progresses, deep, labored breathing occurs and the animal eventually goes into respiratory failure and dies.

Hands down, rabies is the deadliest infectious disease on earth with a 99.9 percent fatality rate once the outward signs of disease appear. People can be treated after exposure to a potentially rabid animal, known as post-exposure prophylaxis, that stops rabies infection before symptoms are present. However, there’s no post-exposure prophylaxis option available for pets. Rabies is always fatal in unvaccinated pets, which is why keeping rabies vaccinations up to date with regular boosters is so important for both dogs and cats.

Not only is there no effective treatment for pets once signs of rabies infection appear, there are no blood tests that veterinarians can perform to test for rabies. The only way to test for rabies is to examine brain tissue under the microscope.

9. Rabies in pets is preventable.

The theme of the 2019 World Rabies Day — Rabies: Vaccinate to Eliminate — focuses on the importance of vaccinating pets and other animals as appropriate. Vaccinating your pets — both dogs and cats — is the best way to prevent a rabies infection because properly vaccinated pets are very unlikely to contract the disease.

There’s much more pet owners should know about the laws and regulations concerning rabies vaccinations and pets, especially if your pet should bite someone, bite another pet or be bitten by someone else’s pet or a wild animal. Talk with your veterinarian about the likelihood of rabies in your area and steps you can take to protect your pets.