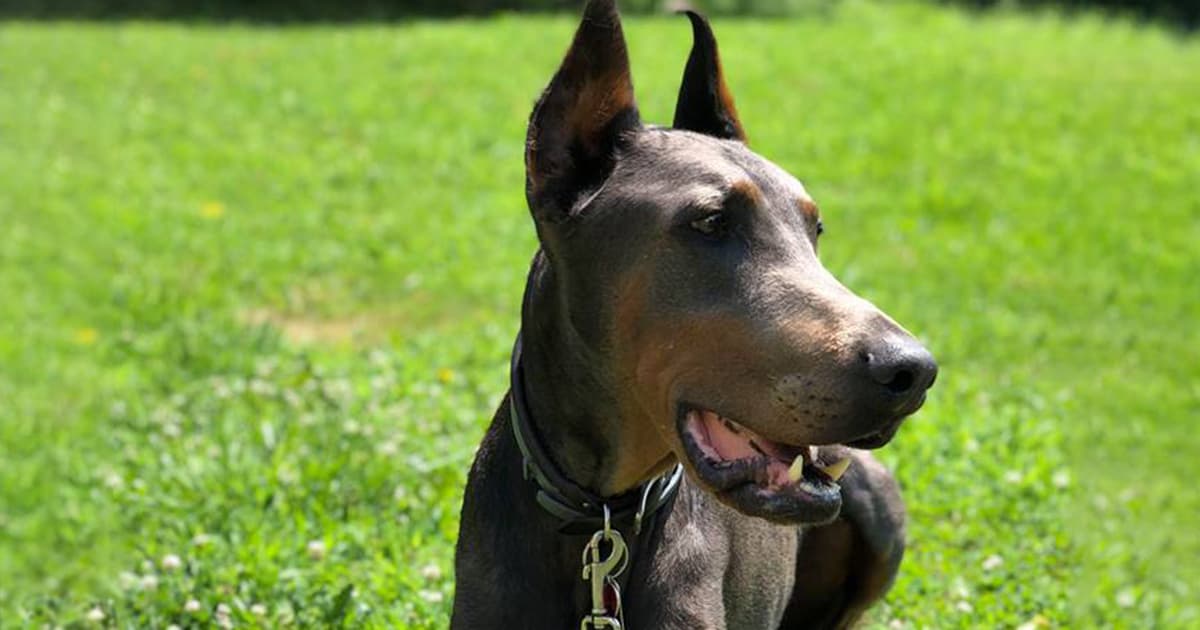 When your dog starts urinating and drinking excessively, you know there’s a medical issue that needs to be addressed. The big question is “Which one?” Increased urination and thirst (called PU/PD [for polyuria and polydipsia] by veterinary team members) are common signs of several different canine health problems, including urinary tract infection, diabetes, Cushing’s disease, kidney infection, liver disease and chronic kidney disease.

When Kayla Tossone of Fairmont, West Virginia, noticed her dog Jericho was drinking and urinating a lot, followed by a small amount of blood on his blanket, she sought immediate veterinary attention for him. Jericho’s veterinarian diagnosed a urinary tract infection (UTI), but after two rounds of antibiotics with no change in Jericho’s urination or thirst, Kayla again sought veterinary evaluation for the neutered 5-year-old Doberman pinscher. A follow-up urinalysis found the protein in his urine “was a little high.”

Uh-oh. What does that mean?

Dogs can normally have trace amounts of protein in their urine, a condition known as proteinuria. These trace amounts represent tiny protein pieces that are able to pass through the pores of the kidneys’ glomeruli, which are microscopic filters. However, larger proteins and albumin don’t normally pass through glomeruli into urine — unless there’s an issue.

By itself, proteinuria doesn’t cause symptoms. But when symptoms are present in conjunction with proteinuria, there’s usually an underlying cause. The most common causes of protein in dog urine are:

At that point, Kayla sought a second opinion on Jericho’s condition. A urine sample collected via cystocentesis (a medical term meaning a sterile urine sample was obtained by needle and syringe from Jericho’s bladder) showed the UTI was no longer present — which was good news! But the results of an extensive bloodwork panel revealed Jericho’s blood level of albumin, the key protein that holds water inside blood vessels and transports numerous substances around the body, was abnormally low. The preliminary diagnosis that dismal day in January 2018 was protein-losing nephropathy (PLN).

Protein-losing nephropathy refers to any kidney disease that results in excessive protein loss into urine. There are two main forms of PLN, one of which is considered an inherited disease and one that is caused by several underlying diseases. Unfortunately, when one of these disease processes damages the kidneys, the result is leakage of protein into the urine. If the protein loss can’t be controlled, PLN leads to chronic kidney disease.

In addition to increased water consumption and urination, signs of protein-losing nephropathy include poor appetite, weight loss and poor hair coat. With substantial protein loss, fluid can leak out of the bloodstream into surrounding tissues, such as a dog’s legs, and body cavities such as the chest and abdomen. The good news for Kayla and Jericho: an ultrasound revealed no swelling or fluid accumulation.

“Jericho was started on benazepril twice a day and Welactin (an omega-3 fatty acid supplement) once a day,” Kayla reports. He was also switched to another brand of a therapeutic kidney disease food. But Jericho continued to lose weight on the kidney diet and still acted hungry. He even snatched loaves of bread off the kitchen table!”

A change in food results in improvements

“A friend found a bag of Diamond CARE Rx Renal Formula, so I started Jericho on it,” Kayla says. “I thought it couldn’t hurt, and it was definitely more affordable than the other brand he was eating. Jericho started regaining the weight he had lost, he was actually getting full on his food and he was acting more normally.

“He did very well on [Diamond CARE],” she adds. “Better yet, follow-up bloodwork showed his blood albumin levels had stabilized in the three months he was eating Diamond CARE, and the total amount of blood protein increased a little so it was back within the normal range.

“It [PLN] is a tough disease, so cherish the time you have with your pet.”

RELATED POST: Get to Know Your Dog’s Hard-Working Kidneys