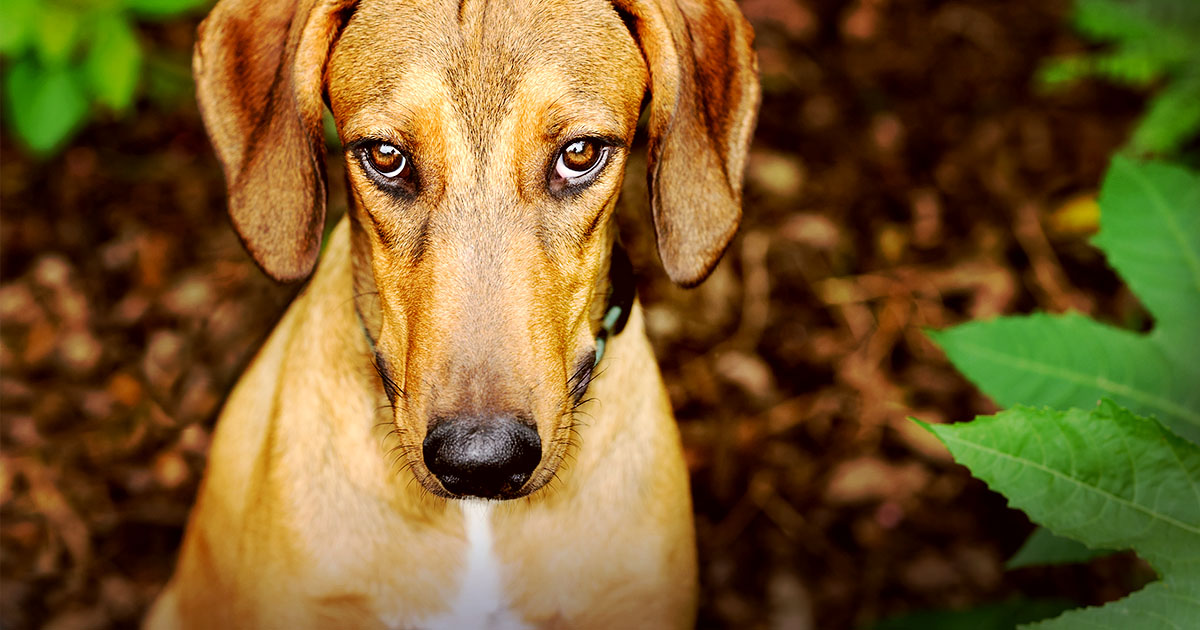 It happens in more homes across America than you probably realize: Someone passes a silent-but-deadly gas bomb and blames it on the family dog. Oh really?

If you’ve ever experienced a room-clearing episode of canine flatulence, you know why it’s so easy to point the finger at Fido for, ahem, your slips. (And if you’ve never experienced an episode of even moderately noxious canine flatulence, consider yourself lucky!) Like us, dogs and cats pass gas (aka flatus) — although, in reality, cats are way too cool to do such things.

So what causes a dog or cat to be gassy?

The occasional toot is normal for dogs and cats (and people) and, in the majority of cases, the gas is harmless and odorless. Two sources account for nearly all digestive system gas: swallowing too much air and bacterial fermentation of food nutrients. However, gastrointestinal disease can also play a role in increasing your pet’s gassiness.

Swallowed air. According to petMD.com, pets that eat quickly can swallow a lot of air. What isn’t burped up will move into the large intestine, or colon, and from there will eventually pass out the tail end. Gas created by swallowed air generally isn’t smelly, but it increases the overall amount of gas produced (and released). Taking steps to slow down your pets’ eating — such as using a special feeding bowl or puzzle toy — can help reduce the amount of air that’s swallowed.

Diet, including sudden changes, indiscretion, low digestibility and high-fiber foods. One of the more common causes of excessive flatulence is a sudden change in pet food or an episode of dietary indiscretion in which the pet consumes something spoiled or unusual. These episodes tend to resolve quickly and can be avoided by remembering to gradually switch between foods and to store people food and garbage out of Fido’s and Fluffy’s reach.

Cases of chronic gassiness, however, tend to be caused by high-fiber pet foods or diets that are poorly digested by your dog or cat. When a food is lower in digestibility, more nutrients make it into the large intestine, where humongous numbers of bacteria and other microorganisms use the nutrients for food, making gas as a byproduct. Many pet foods are designed to be highly digestible, and feeding a high-quality diet can help decrease pet flatulence.

Oddly enough, while dogs and cats need substantially more protein in their diets than people do, too much meat can be a source of particularly foul-smelling gas. That’s because some amino acids, including those found in some meat proteins, contain sulfur. When intestinal bacteria metabolize sulfur-containing amino acids, they produce a gas, hydrogen sulfide, that is truly stinky. So if you’re feeding a high-protein diet and your pet is producing room-clearing gas, try switching to a diet that contains less, but adequate, amounts of protein.

Sensitive stomach and gastrointestinal disease. Some pets’ digestive systems simply can’t handle a variety of foods. Or they don’t do well on foods made with ingredients that make their digestive tracts work a bit harder than other ingredients. Occasional flatulence is a common symptom of a sensitive stomach, particularly if gassiness increases after your pet has started eating a new food.

Sometimes flatulence is more than annoying; excessive gas can be a sign that your dog or cat is sick. Health issues that can be associated with increased gassiness include:

In addition to increased gas, most of these medical conditions will cause signs such as weight loss, vomiting, diarrhea or changes in appetite. If your pet is experiencing any of these symptoms along with excessive flatulence, schedule an appointment with your veterinarian.

What you can do

Pet owners can take steps to help their gassy dogs and cats. Of course, the specific steps will depend on your pet’s situation. One of the first steps is to ensure that the food you’re feeding is a high-quality food that’s highly digestible. You may be able to find the words “highly digestible” or “low residue” on the pet food label, but they’re not always present. If you’re unsure whether or not your pet food is considered highly digestible, talk with your veterinarian.

Changing pet foods may help if your pet has a sensitive stomach. Diets specifically formulated for pets with sensitive stomachs, such as Diamond CARE Sensitive Stomach Formula for Adult Dogs, are designed to be easy to digest and often contain only one or two sources of protein and carbohydrates.

Feeding smaller meals more frequently, feeding from a special bowl or feeding in a quiet, noncompetitive environment may be all that’s needed to help a pet eat more slowly and not swallow large amounts of air.

Finally, get your pet moving. Research has shown that a sedentary lifestyle can contribute to flatulence in dogs and people, but an active lifestyle can decrease intestinal gas production.

By the way, no one really believes the dog did it.