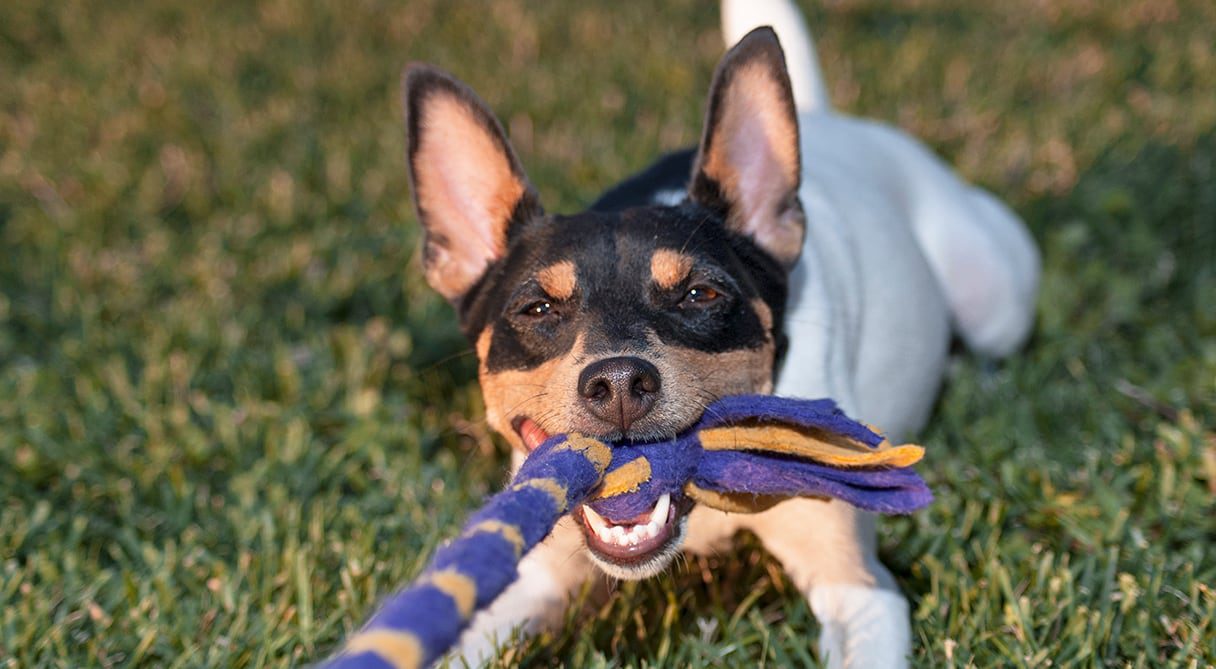 To tug or not to tug? This is a common question for parents of puppies who really want to play tug of war. That’s because there’s a belief out there that letting puppies play this game can cause aggressive behavior. Let’s tug at this myth and see what unravels.

You’re in Command of Tug of War

While you should be in command of the game, dog trainers recommend that you let your puppy win. This will boost their confidence, get them excited to play again and let them satisfy their prey urges (the frenzied shaking your puppy does when they win the toy).

The Rules of Engagement

Before you start a game of tug of war, make sure you remove any harmful or breakable objects from the play area — puppies can be very boisterous! To begin the game, you should be the one to pick up the toy. It can be a chew rope, a towel tied in knots or a commercial tug toy. Say a command that lets your puppy know that it’s play time (e.g., tug or grab) and that they are allowed to bite the other end of the rope. To end the game, use a release command like drop or let go.

The Benefits of Playing Tug

There are many benefits to playing tug of war with your puppy. It can be mentally and physically tiring, so it’s a great way to release pent-up energy, particularly when the weather isn’t great outside. It gives you and your puppy valuable bonding time as well. Just be careful when playing with puppies as they have baby teeth that can be damaged if you pull too hard. Let your puppy do all of the pulling and only play for a short time.

As long as you and your puppy stick to the ground rules, playing tug of war shouldn’t lead to aggressive behavior. However, if your puppy starts getting overstimulated, use the release command to end the game. You should also immediately end the game if your puppy misses the tug toy and accidentally bites at your skin or clothing, to show them that it’s not OK.

Playing tug of war can be a great way to burn off some of that endless energy your puppy has. Just make sure everyone follows the rules of play, and it will be a tugging good time for all.

RELATED POST: Are My Dogs Play Fighting? Or Really Fighting?